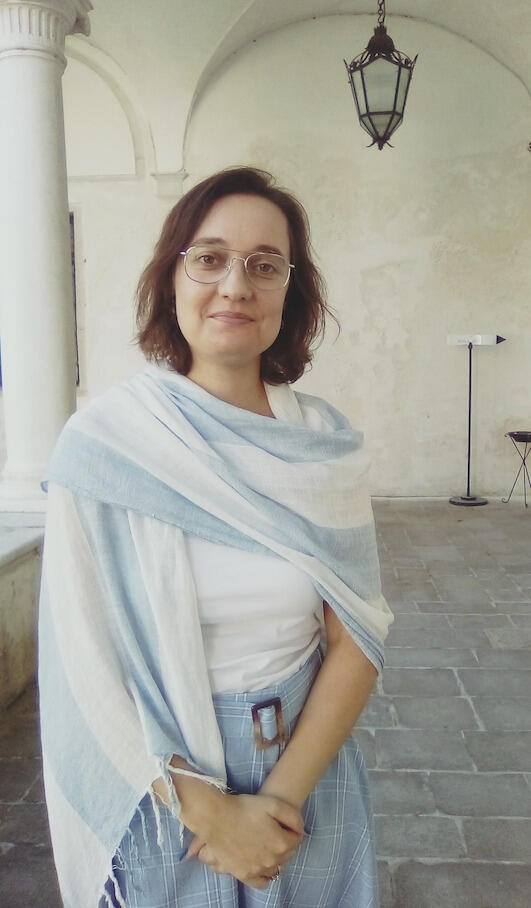 Early modern Catholic missions, with a focus on the Society of Jesus in Asia
Religion in Japan
History of emotions
Orientalisms
Mission and gender
History of intercultural contacts
Medieval and early modern Christian theology
Religion and the senses
Failure through history and memory 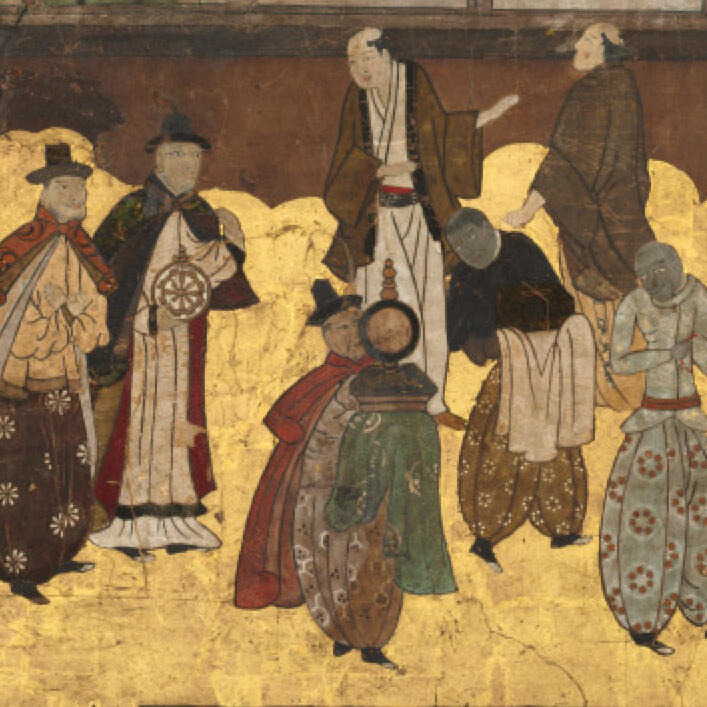 "Emotions as Practice in the early modern Jesuit missions in the Asia-Pacific"
Marie Skłodowska-Curie Action (2021-2024)
at Ca'Foscari University Venice (IT) and
Australian Catholic University (AU)This Action approaches the XVI-XVIII-century Asian enterprises of the Society of Jesus through the lens of emotions. Introducing the concept of the “emotional Other” (the emotional dimension of the construct of the Other), it reveals the previously disregarded role of Jesuit emotional practices and their impact on the creation of stereotypes of peoples of the Asia-Pacific region. This Action thus analyses the emotional typologies used by the Jesuits to classify different Asian people; it identifies the emotional practices the missionaries used to bridge cultural divides and, at the same time, establish the domination of Asian people; and it exposes the mechanisms of the discursive creation of the emotional Other, as part of the changes in early modern European understanding of the world and humankind.Six case studies are analysed in the network of the early modern Jesuit missions: Goa (1542–1574), Japan (1549–1603), China (1583–1610), Vietnam (1627–1649), Mariana Islands (1668–1700), Tibet (1715–1722).Project Page @ Unive.it. 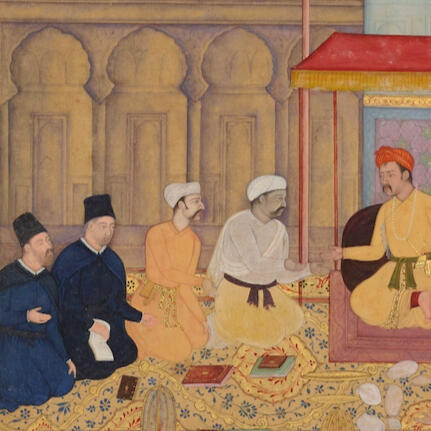 "Emotion and Conversion: Early Modern Jesuits in Asia"
Vittorio Branca research fellowship (Aug-Nov 2019)
Centre for Comparative Studies of Civilisations and Spiritualities
Giorgio Cini Foundation (Venice, IT)This project aims to identify the Catholic missionaries’ use of emotions as tools of evangelization among Asian peoples in the early modern period.
To do so, it analyses the emotional scripts present in the missionary literature written by four Italian Jesuits who carried out pioneering work in different geographical areas and had in common a willingness to promote a dialogue across cultures as basis for their work (the so-called accommodation policy).The four case studies considered are: Alessandro Valignano (1539–1606), Visitor of the Indian province of the Society of Jesus, who wrote extensively about Indian and Japanese people and was a fierce supporter of accommodation; Rodolfo Acquaviva (1550–1583), representative of the first mission to the Mughal Empire; Matteo Ricci (1552–1610), one of the founders of the mission to China, who studied its culture for nearly thirty years; and Ippolito Desideri (1684–1733), one of the first Europeans to visit Tibet and to write about Tibetan Buddhism.Page on the Centre for Comparative Studies' website. TBA 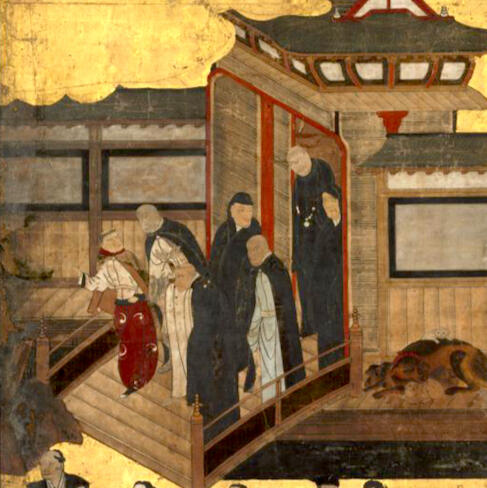 "Religious Garments in the Jesuit Mission to Japan"
KHK Visiting Research Fellow (June-Sept 2018)
Center for Religious Studies (CERES), Ruhr University Bochum (DE)This project set out to analyse the use of dress as an indicator of the priorities and the
objectives of the missionaries in the larger question of inter-religious contact within the early modern Jesuit mission in Japan.Page on CERES's websiteOpen Access Article: The Dress of Evangelization: Jesuit Garments, Liturgical Textiles, and the Senses in Early Modern Japan, Entangled Religions 10. 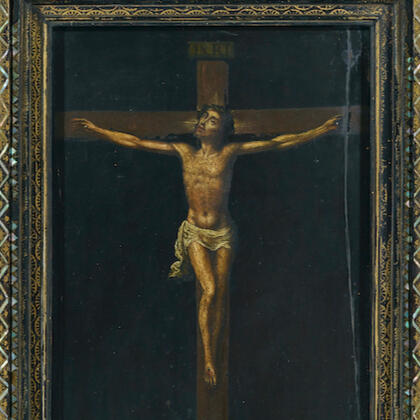 "Perceptions of missionary failure in Japan (1549-1639)"
Harold S. Williams Fellow for Research in Japan Studies (Jan-Mar 2018)
National Library of Australia (Canberra, AU)This project set out to map and analyse the perceptions of failure in the early modern mission of the Society of Jesus in Japan, with particular focus on the failed expectations of mission superiors Francisco Cabral and Alessandro Valignano, by making extensive use of the Braga Collection at the National Library of Australia.Article pre-print on Academia.edu: “From a Watchtower: Francisco Cabral's Envisioning of the Failure of the Jesuit Japanese Mission (1593)” in Narratives and Representations of Suffering, Failure and Martyrdom, Leonardo Cohen, ed. (Universidade Católica Portuguesa, Centro de Estudos de História Religiosa: 2020). 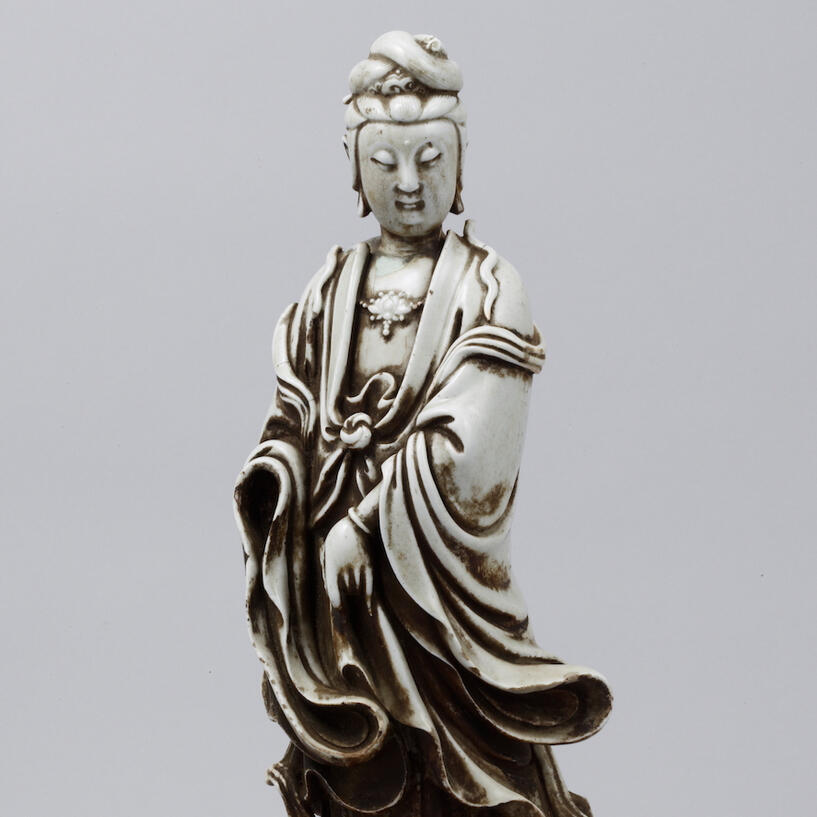 Research Assistant in the project “Interactions between rivals. The Christian mission and Buddhist sects in Japan (c.1549-c.1647)” (FCT-PTDC/HIS-HIS/118404/2010, PI: Alexandra Curvelo) (Jan-Nov 2015)
Centre for the Humanities (CHAM), New University of Lisbon (PT)Duties: Analysis of printed primary sources written by the Jesuit missionaries in Japan, to contribute to the creation of the project's database; collaboration to the presentation of the Jesuit interpretation of Japanese Buddhism that emerges from these sources, during the project's final conference; contribute to a co-authored chapter of the project's book.Open Access Article:
Linda Zampol D’ORTIA, Lucia DOLCE, Ana Fernandes PINTO
"Saints, Sects, and (Holy) Sites: The Jesuit Mapping of Japanese Buddhism (Sixteenth Century)"Open Access Database
of Christian sources about interactions with Buddhism in Japan
by Ana Fernandes PINTO, Linda Zampol D'ORTIA

"Saints, Sects, and (Holy) Sites: The Jesuit Mapping of Japanese Buddhism (Sixteenth Century)", co-authored with Lucia DOLCE and Ana Fernandes PINTO, in Interactions Between Rivals: The Christian Mission and Buddhist Sects in Japan (c.1549-c.1647). Alexandra Curvelo and Angelo Cattaneo eds. (Peter Lang: 2022): 67–106.“From a Watchtower: Francisco Cabral's Envisioning of the Failure of the Jesuit Japanese Mission (1593)” in Narratives and Representations of Suffering, Failure and Martyrdom. Leonardo Cohen, ed. (Universidade Católica Portuguesa, Centro de Estudos de História Religiosa: 2020). Pre-print on Academia.edu."The Dress of Evangelization: Jesuit Garments, Liturgical Textiles, and the Senses in Early Modern Japan." Entangled Religions 10. (2020) Open Access.
Abstract: The present article analyses the use of clothing in the Jesuit sixteenth-century mission in Japan by applying dress theory. It investigates Jesuit garments and other perceptible elements of dress by understanding them as nonverbal communication. Texts by missionaries such as Francis Xavier (1506–52), Francisco Cabral (1533–1609), Luís Fróis (1532–1597), and Alessandro Valignano (1539–1606) are scrutinised to establish the content of the messages they meant to convey through Jesuit dress. The range of modifications that dress imposed on the bodies of the missionaries is examined to determine the limits within which the missionaries operated and how these boundaries came to be. Through an historical overview, the missionaries’ strategies are examined to show how such messages were fine-tuned through the manipulation of dress, and to what extent they represented responses to the specific context of Japan. Anti-Christian polemical texts supply information on the Japanese’s reception of these messages. The article explores Jesuit assumptions about the dress policies’ impact on their souls through the senses and on their work of evangelization as well."Purple Silk and Black Cotton: Francisco Cabral and the Negotiation of Jesuit Attire in Japan (1570–73)" in Exploring Jesuit Distinctiveness. Interdisciplinary Perspectives on Ways of Proceeding within the Society of Jesus. Robert A. Maryks, ed. (Leiden: Brill, 2016): 137-155. Open Access."Il ruolo delle ‘università’ nella strategia missionaria di Francesco Saverio per il Giappone.” Revista Estudios 32 (2016). Open Access.
Abstract: In his first descriptions of Japan, Jesuit missionary Francis Xavier highlighted the existence of some institutions that he had identified as “universities,” which he had not been able to find in India. With this word, he actually meant different kinds of organizations, such as the Zen temples of the capital city, Miyako; or the great monastic complexes of mounts Hiei and Kōya; or the famous Confucian academy of Ashikaga, in the north of the country. From Xavier’s point of view, the most important and unifying characteristic of these universities was their ability to grant authority to Christian teachings. In a country politically fragmented by civil war, the Jesuit missionaries could gain status by debating with these institutions’ students, and converting them. In Xavier’s plans, therefore, Japan should have been evangelized by a team of selected missionaries, who had studied the local language and doctrines, and could prove the existence of God to the Japanese scholars.

Send an email to: l.zampoldortia [at] gmail.com